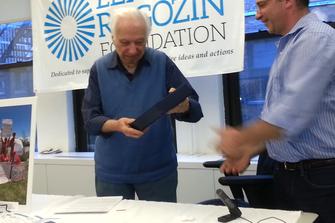 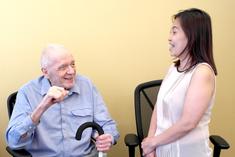 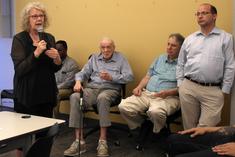 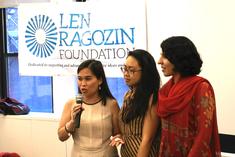 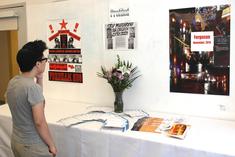 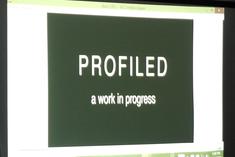 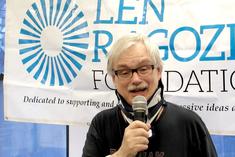 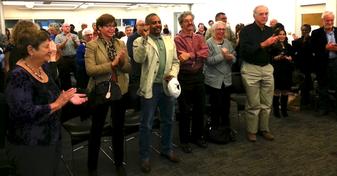 Meet The Len Ragozin Foundation
We welcomed our exciting new non-profit organization dedicated to supporting and advancing progressive ideas and actions.
We honored Wally Linder for his lifetime of dedication to advancing progressive causes at a cocktail party in New York City. We met, talked and celebrated. Wally was presented with a plaque.

We celebrated a Year of Struggle for Social Justice!

“Fordham SDS”, is an award winning documentary by Bert Schultz who believes “it is important for progressive student movements to know the real history of the student left in order to effectively organize based on our successes and failures as they really happened...”
Bert Schultz showed and discussed a clip from the film.

“Profiled” is a documentary in the making by the award winning documentarian, Kathleen Foster. This time Ms. Foster has turned her cameras on the pattern of racial profiling of black and Latin workers by the police in the United States.
Kathleen Foster showed and discussed a clip from the film.

NYC Aspiring Writers Mentoring Program directed by Marivir Montebon. This progressive writer’s workshop is focused on issues of immigration, social justice, human and labor rights and women’s rights. Experienced writers volunteer as mentors to aspiring writers.
Marivir Montebon the writers share some of  their work and discussed the program.

The Ferguson Activism Project. Organized by CUNY professors and students whose aim is to provide an on-the-grounds experience of activism and civic engagement at the ground zero of racism: Ferguson, Missouri.
Four participants reported  on their experiences.