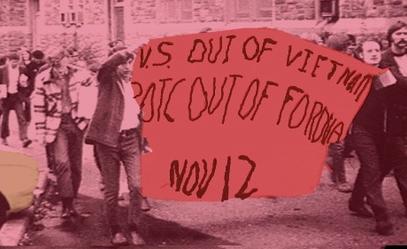 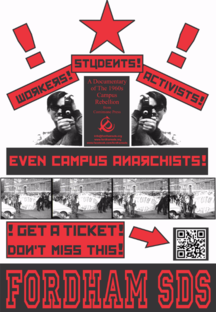 Who did we think we were?

The 1960s on campus is often portrayed as an idyll of peace and love, punctuated by Ivy League anti-war mad bombers.  Lost to this narrative are the gritty struggles against capitalism and the Vietnam War waged by blue-collar kids in commuter schools.  Fordham SDS addresses this gap by exploring the struggle of working class college students in this Jesuit university in The Bronx, and how it affected the course of their lives into the 21st century.  Mixing dramatic 16mm black and white footage from 1969 with contemporary interviews, this documentary by Bert Schultz fills in a gap left in the narratives told by both historians of the mainstream and of the left.
37:16  minutes  2014