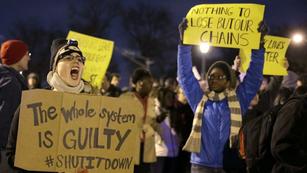 There are moments in history, turning points that lead to significant social and political changes in our society. The murder of Michael Brown, a young unarmed black man shot by the police on August 9, 2014 in Ferguson, Missouri was such a moment. While police shootings have always occurred, and continue to occur, the angry, militant response of the workers of Ferguson, and surrounding St. Louis County, sparked a national movement that continues to grow. “Hands Up – Don’t Shoot” became a national, indeed an international, rallying cry. Years of pent up frustration about racism in America found a voice.
The Len Ragozin Foundation recognized this moment, and the movement that has grown from it, as an opportunity to play an active role in developing and supporting community organizers. Events occurred rapidly last summer, from the protests in New York City over the police killing of Eric Garner followed by actions in Ferguson after the murder of Michael Brown. This year actions in Baltimore over the death of Freddie Gray while in police custody have continued the fight. Under these conditions, the Foundation recognized the limitations of awaiting grant proposals as a form of promoting social justice. We, therefore, launched our own Initiative, the Justice for Michael Brown Project.
Our Project functions as a facilitator for grassroots actions on the part of individuals and small groups who are not yet organized into traditional structures such as nonprofits. For example, we funded volunteers serving on the Ferguson Legal Defense Committee the week of November 24, 2014 when the announcement was made that the Grand Jury would not indict Officer Darren Wilson on any charges arising from the death of Michael Brown. The reaction of the community was immediate and militant. There were mass arrests and the call for assistance was immediate. Our Project offered assistance.
The Project is named after the young man, Michael Brown, whose death sparked a movement. However, we will expand its assistance to support the many other community actions and initiatives arising in this changing time in our country. 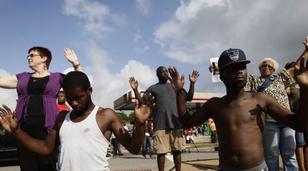 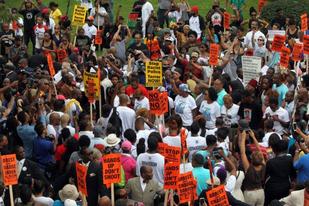