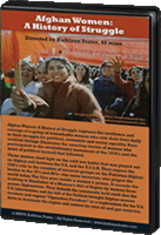 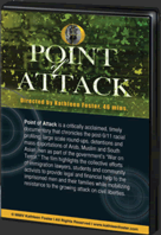 Other Films BY Kathleen foster 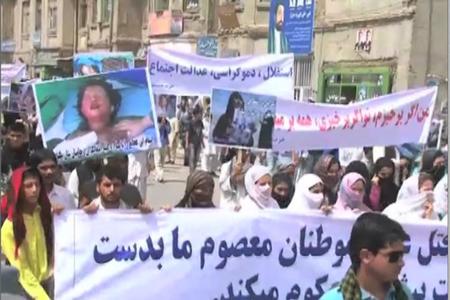 10 Years On, Afghanistan & Pakistan
Since 9/11, Americans have largely been kept ignorant of the human cost of the Middle East wars in Iraq, Afghanistan and now Pakistan.
After more than a decade of fighting, my newest film, 10 Years On, Afghanistan & Pakistan, provides an up to date account of the consequences of the War on Terror in Afghanistan and now Pakistan, as the US expands the war through the use of remote control drones fired over the Afghan border into Pakistan.
The new documentary updates, Afghan Women: A History of Struggle, which focused on the struggles of women and U.S. involvement over the past 30 years of conflict in Afghanistan.
As the civilian death toll mounts and economic conditions worsen the film shows how Afghans are struggling to change a world increasingly dominated by violence and corruption and how Pakistani workers and peasants are fighting back with militant strikes and protests across the country.
10 Years On, Afghanistan & Pakistan is a must see film for anyone interested in knowing the reality of the war from the point of view of those whose homes and lives are being destroyed.

10 Years On, Afghanistan & Pakistan ties the war, America's longest military conflict, to the economic downturn at home and makes the connection between grass roots demands for economic and social justice in Afghanistan and Pakistan to the Occupy Wall Street movement here. Distributed by Cinema Guild.

AFGHAN WOMEN: A HISTORY OF STRUGGLE, 2007, 69 minutes
This timely documentary dramatizes the tale of a group of remarkable women, how their courage and commitment to change their lives and country has passed from one generation to the next. Their disturbing and amazing stories reflect the recent history of Afghanistan during a quarter-century of cataclysm: from proxy war to civil war, from a Soviet-backed regime to the oppressive rule of the Taliban, and to U.S. military intervention and the current sway of regional warlords and general instability.
Afghan Women: A History of Struggle may be purchased on DVD for $25. Free shipping by first class U.S. mail included. Distributed by Cinema Guild

POINT OF ATTACK, 2004, 46 minutes (also available in Spanish)
Point of Attack chronicles the post-9/11 racial profiling, large-scale round-ups, detentions and mass deportations of Arab, Muslim and South Asian men as part of the U.S. government’s "War on Terrorism," framing the plight of these immigrant communities within the broader context of the U.S. government's "other war" against civil liberties being waged via the USA Patriot Act.

“This important film is a damning indictment of how the government over-reacted after 9/11, singling out and targeting people who had nothing to do with terrorism. It should have the widest possible distribution and viewing by the American public.”
Abdeen Jabara, Civil Rights Attorney, Past President American-Arab Anti-Discrimination Committee

Point of Attack was selected by the American Library Association’s Notable film List of 2005. The annual list recognizes non-feature titles that expand viewer knowledge on new and difficult topics, contribute to the resolution of contemporary problems, expand the boundaries of visual media, and demand artistic and visual merit.
Distributed by Cinema Guild

NICARAGUA: RECLAIMING THE REVOLUTION, 2001, 49 minutes (also available in Spanish)
Twenty years after the Sandinista revolution, a group of social activists from a Brooklyn, New York church, visit their sister-church in Managua. As they travel around the country, a stark portrait of current conditions in Nicaragua emerges. Their hosts talk about how and why the revolution failed and of their continuing struggle to fulfill their dreams of a just society. Barriers of language, national borders, race and religion are overcome as global friendships are cemented and a renewed commitment to fight for social change is made.

Nicaragua: Reclaiming the Revolution " has captured complexities of the political evolution of the FSLN that have eluded some academic writers. Stills and video are used deftly to show the tumultuous history of Nicaragua in the 1980's."
Matilde Zimmermann, author of Sandinista: Carlos Fonseca and the Nicaraguan Revolution
(Duke University Press 2000)

"A powerful film that forces all the basic issues about racial justice. Students and teachers speak with eloquence and urgency about realities they know first hand. No euphemisms. No evasions. No clichés. It has the ring of truth."
Jonathon Kozol, educator, author of Savage Inequalities, Death At An Early Age.

“Kathleen Foster has produced and directed a video that focuses on a REAL issue of public import...that the belief in justice and equality and resistance to their absence did not die with the movements of the 1960's.”
Nancy Bunch, Dean Empire State College, SUNY
Distributed by Third World Newsreel.

COAL WARS: THE BATTLE IN RUM CREEK, 1992, 28 minutes
Filmed in an isolated hollow of West Virginia, this documentary shows the violent clash between miners and the two giant coal companies that dominate their lives during a 1989-1990 strike. Wives of the striking miners and a Black retired miner tell the story.

In the collection of the Museum of Modern Art in New York City and was screened as a part of its What's Happening series in 1993.
Distributed by Filmakers Library