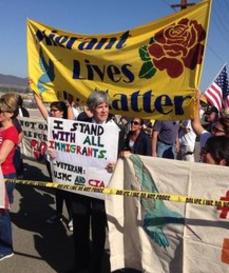 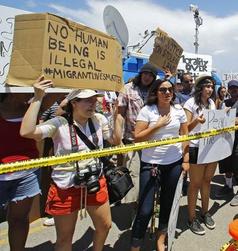 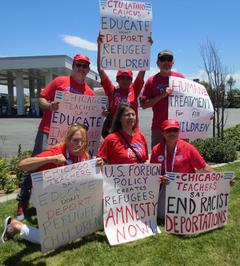 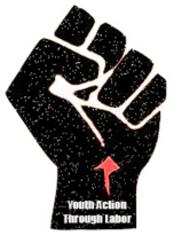 The project ran from July 9 to July 21, 2014 in Los Angeles, California. In addition to running study groups and participating in AFT events, YAL held a three-day conference that led to a successful march in Murrieta against anti-immigrant racism.
The project consisted of a total of 50 participants. There were 20 high school educators and 30 students from Los Angeles, New York City, Washington, DC, and San Antonio, Texas Over 15 locals joined us for workshops from AFT events and literature distributions.
Our keynote speaker, a professor of economics, Rodney Greene, discussed the importance of gaining cultural capital, mainly through education, for our underserved youth.
A majority of our project was dedicated to empowering students through union organizing. Many new teachers learned how to advocate with union leaders and policy makers on key issues such as equal access to resources and college. Our youth learned how to organize study groups and workshops that educate the community about immigration, racism, and state policies that affect both youth and workers.

Youth and educators were given opportunities in engage in multiple forms of educational empowerment — ranging from outreach, literature production, to youth led workshops and practicing advocacy in AFT events — on a daily basis. We debriefed participants every evening to as a way to reflect on our ideas and actions.
The event that changed the tone of the project was our march for peace in Murrieta. Students and AFT teachers organized to march in response to the hate-based demonstrations against the recent surge of undocumented youth across the American border. Over 65 people participated. Students learned to give speeches. AFT teachers left their union meetings to join. This was encouraging as our youth learned the importance of practicing civic engagement in the streets. Many spoke about the need to participate in policy making process in every level of our society, from union meetings to legislature.
Moving forward, YAL hopes to organize an even larger project in 2015. Given the overwhelming support of the community and the success of developing youth organizers, this AFT project was no small feat. YAL wholeheartedly thanks the Len Ragozin Foundation for making this victory possible.